While Asian countries have generally out-performed their western counterparts at high school level for some time, the Asian university system has struggled to maintain the same level of international prominence as its American and British counterparts. Indeed, until relatively recently, pursuing study or an academic career in China or other Asian countries has not received much attention. Nevertheless, with the growth of the Asian education market, and the struggles faced by the British higher education system, there are many reasons why more universities are now turning towards China as a potential international collaborator.

The Chinese government has developed an ambitious 10-year plan for education, with the equivalent of nearly 1billion US dollars to be pumped into the system over the next 3 years, and further instalments thereafter. Its purpose is to nurture young talent as future world-leading researchers. For British academics seeking collaborators, this provides an array of opportunities. First, China has the largest number of academics in any one place on the planet. Thus, there is a huge choice of potential collaborators in one place, with many open to future partnership opportunities. Second, for those working in the elite universities, all are required to undertake an English test and would thus be able to communicate fluently in English. For British academics interested in undertaking research in China or on a Chinese topic (but who lack the required language skills), this collaboration would be vital. Third, for British academics seeking these opportunities, it is sometimes possible to have access to research money from the Chinese government in the form of grants for foreign experts. Your chances could only be enhanced by forming a partnership with a Chinese-based colleague.

Many scholars at China’s elite universities, especially younger members of staff, have experienced living in Britain, either as a visiting student or as a full-time student at some time in their academic journey. Thus, many within the Chinese system have intimate knowledge of the British academic culture, which could foster a positive working environment in the future.  The research tradition and culture in China has many differences to the west, but for those who have experience in both camps, it could help to foster a positive and deep working relationship for future research projects.

British universities have a long-established link with other universities in the west through programmes that are already well-developed. The Erasmus scheme for collaboration with European universities is well-known, although its role in post-Brexit Britain is less clearly defined. Other schemes, such as Fulbright, have long cemented the Anglo-American educational bonds. However, the relationship with Chinese universities is much less established but is one that universities are looking to explore more deeply.

China is a growing superpower, and as the largest producer of academic papers over the last 3 years, it is now gaining a growing reputation as a country of education and research innovation. Moreover, since Chinese universities have a large student body, forming Memorandums of Understanding between Chinese and British universities are often seen as a positive first step for further exchanges. Such agreements normally include the development of a system for exchange students and provide an excellent outlet for British universities to increase their postgraduate recruitment, especially at MA level. With the increase of student fees for UK students, and the decline in enrolment in certain subjects (especially humanities), the reliance on the international student market could become more important than ever as universities cope with the challenges posed by increasing inflation, a squeeze on budget and the uncertainties of Brexit. This could also possibly explain why many universities have now formed specific units to recruit students from China, and some have even taken the bold step of opening satellite campuses in China as a means of increasing visibility and attracting more students.

The debate about academic standards, and how to measure them, is a political hot potato. Drawing inspiration from the UK, the Chinese higher education system has adopted, in full, a system that resembles the British REF for the assessment of research. Yet despite the gloominess surrounding the implementation of more auditing systems, it provides an opportunity for standards to be raised together.

There are positives in both the British and Chinese academic systems that could be adopted by both nations to help us, collectively, to increase standards across our respective systems. While the rise of populist movements in Britain and the USA have talked about shifting national focus inwards, the academic community has often thrived through its diversity and collaboration across cultures and countries. The high standards of academic excellence that Britain has prided itself on is a standard that China is seeking to emulate, and they are aiming to achieve this (rightly or wrongly) through using the British auditing method for academics. For Britain and its universities, the investment it provides in its students and staff and the encouragement of collaborative research projects (funded through vast amounts of government money) could serve not only as an inspiration for the UK government to copy, but also reinforce the belief that the best research and results can be achieved not through looking inward, but by drawing on expertise and knowledge from all cultures and backgrounds. 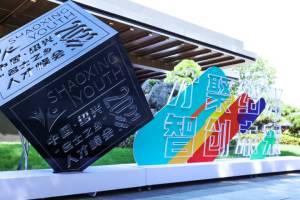 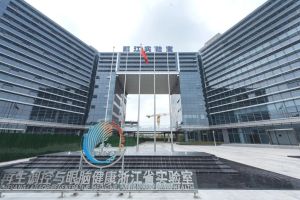